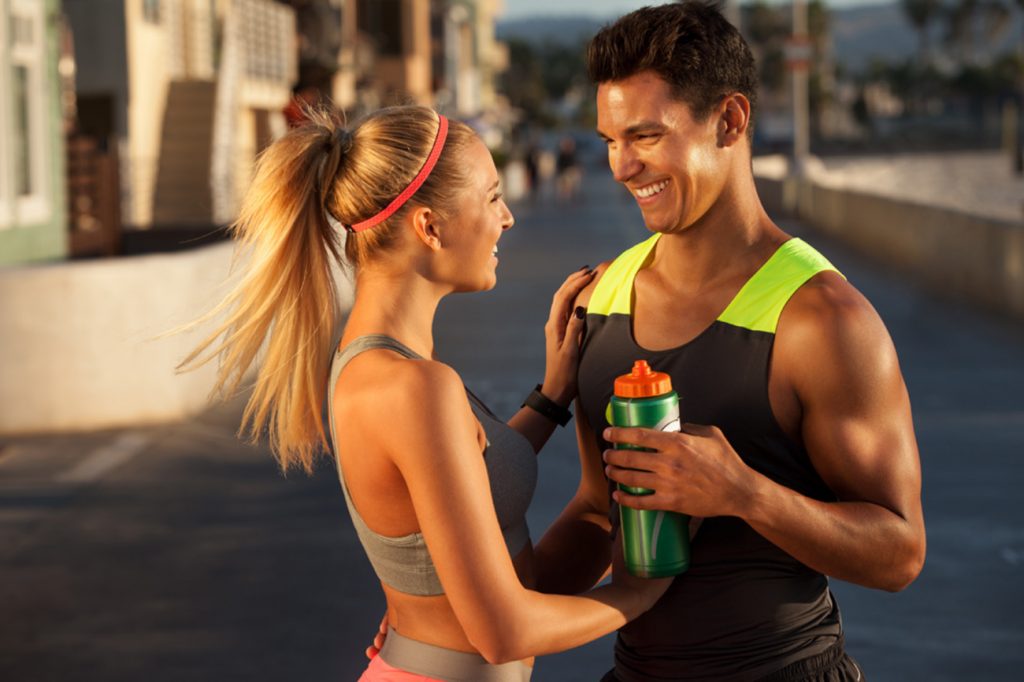 It’s suggested that exercising in your Fat Burning Zone maximizes your rate of fat loss. But is this really the most effective way to lose weight?

I remember back when I stepped into a gym for the first time, the trainer there got me started jogging on a treadmill. He explained that by jogging at a speed that kept my heart rate at about 60% of my maximum heart rate, I would burn fat as quickly as possible. By going any faster than that, he told me I would be focusing on improving my fitness instead, and wouldn’t lose as much weight.

I was pleasantly surprised by this professional insight into weight loss, since it meant that I’d finally be able to lose some weight without really all that much effort.

That was my first introduction to the Fat Burning Zone. But unfortunately, as time went by my results were pretty disappointing. Like everything else I’d tried, the treadmill wasn’t really helping me to lose weight either.

These days it’s common knowledge that exercising in your Fat Burning Zone is NOT the best way to lose weight, but that your rate of weight loss increases with the intensity of your exercise.

That’s why High Intensity Interval Training, or HIIT, has become the exercise of choice for fast fat loss.

But that doesn’t mean that exercising at a low intensity – in your Fat Burning Zone, needs to be disregarded altogether. There are times when you may find it appropriate for you.

What is the Fat Burning Zone?

The first step to understanding the Fat Burning Zone is working out your Maximum Heart Rate, or MHR. The maximum heart rate of any individual has commonly been worked out using the following equation:

USA researchers reported in the Medicine & Science in Sports & Exercise Journal (May 2007), however, that the following formula gives a more accurate relationship between age and Maximum Heart Rate:

It’s important to note though, that the variation in actual Maximum Heart Rate of 95% of individuals of a given age will actually lie within a range of ±20 beats per minute, so it’s really only an approximate figure.

Your Fat Burning Zone, then, is the heart rate range that spans 60% to 70% of your Maximum Heart Rate. The level of intensity of exercise needed to put you into this range is considered fairly low.

The Fat Burning Zone is one of several heart rate zones that you can train in. The following table shows the 5 main commonly-accepted training zones:

Remember, these aren’t hard and fast figures, they’re just approximate and they will vary from woman to woman. You’ll find, for example, that the less fit you are, the less effort it takes to get your heart rate to increase. Some women I’ve trained have actually found that their heart rate almost reaches their Maximum Heart Rate just by jogging when they’re first starting out.

Your Resting Heart Rate is a rough indicator of your level of fitness. The fitter you are, the lower your heart rate is when you’re at rest, generally speaking. There’s a mathematical formula, called the Karvonen Formula, that allows you to work out these training ranges more accurately, since it takes into account your Resting Heart Rate.

You can use our Training Zone Calculator to work out the training zones that apply to you. This calculator uses the Karvonen Formula to work these out, and values are shown in beats per minute.

Nowadays however, it’s understood that high intensity training is what allows you to burn the most body fat in the shortest time, and that exercising at lower intensities is actually not all that effective for weight loss. This is for several reasons:

This is why short sessions of High Intensity Interval Training are often more effective than long sessions of low intensity exercise for weight loss.

So in reality, exercising in the Fat Burning Zone isn’t actually all that great for losing body fat quickly, and even less great for improving your level of fitness.

But as I mentioned earlier, that doesn’t mean you need to avoid it altogether. Here are some situations in which it might be appropriate for you to stick to this zone for one or more of your cardio exercise sessions:

Some trainers advocate including some low intensity exercise as a regular part of your training program. This is certainly also an option, as long as you understand that those sessions won’t be as effective in losing weight as your high intensity sessions.