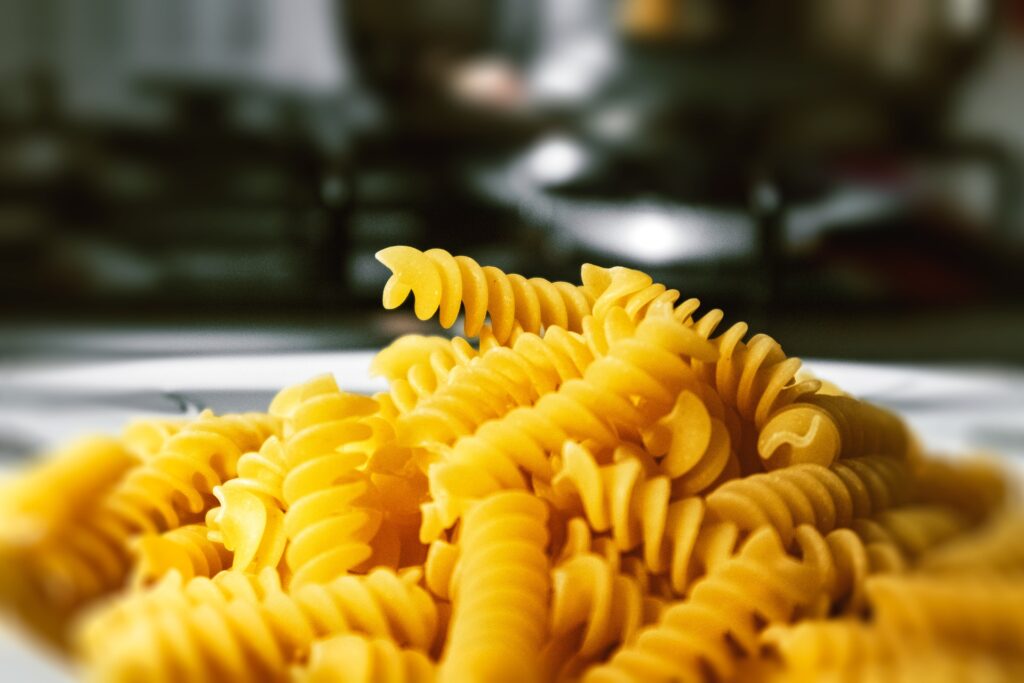 Another Magic Bullet is Bound to Ricochet

To this day, many bodybuilding, health, & fitness enthusiasts stake their entire moral judgment of carbohydrate foods based on their glycemic index (GI). Several confounders challenge its validity and strict application. Becoming blindly enamored with something that may enhance our physiques &/or health is natural, and something we’ve all been guilty of. But alas, the GI data is neither perfect nor consistent, nor is it free of bugs. Consider the following facts, and re-think the dogma surrounding GI, & reassess what you think you know about GI.

The simplistic definition of GI is a food’s ability to raise blood sugar, which almost automatically is regarded in terms of glucose entry into the blood. However, recent eye-opening research by Schenk & colleagues clearly showed that the rate of disappearance of glucose from systemic circulation is an important determinant of GI – not just glucose’s rate of entry into circulation[1]. They found that the lower GI of bran cereal was due to a quicker/sooner surge of insulin sweeping glucose out of circulation – not a slower appearance/entrance of glucose as once assumed. Although strictly speculative at this point, this phenomenon may have possible performance detriment implications (ie, rebound hypoglycemia) in sensitive individuals if meals of this nature are mistimed relative to training.

GI values are determined in an overnight-fasted state using isolated foods. This is not a reflection of real life, where the digestion/absorption of previous meals, as well as the context of the carbohydrate food can drastically alter GI.

The interplay of many variables can either raise or lower GI, and are often difficult to control. Increased acidity, the presence of fiber, fat, and certain protein foods can lower glycemic response. Reduced particle size, greater ripeness, and heat in cooking can raise glycemic response.

Glycemic load (GL), which is the amount of carbohydrate per serving or unit of volume, is not always directly proportional to GI. For example, watermelon has a GI of 72, which is considered high. Low-GI advocates have vilified watermelon without realizing the fact that it has a relatively low glycemic load, approximately 6g carbohydrate per 4oz serving. The same disparity of GI & GL applies to carrots, potatoes, and even sports drinks such as Gatorade.

Lower-GI foods have been associated with greater satiety, but most of this data comes from single-meal experimental designs. Longer-term studies on GI & satiety are conflicting, and not always controlled for energy intake and energy density of the test meal[2]. In the longest study to date on GI & satiety is an ad libitium 30d crossover design where Kiens & Richter observe no difference in amount of consumption[3]. In this metabolic study, a LOWER resistance to insulin was seen in the high-GI group at the end of the trial. GI does not reliably correspond with satiety index (SI). White rice, wheat bread, and potatoes all have high GIs, but rank among the top of the list for delaying the onset of hunger. In fact, Holt’s team found that potatoes had by far the highest SI of all the foods tested[4].

As a classic example of chaos physics, the typical rules that predict GI do not necessarily help in predicting insulin response. Unfortunately for GI-conscious people, insulin is usually what they are trying to control. Despite having a very low GI of 15-36, milk and yogurt have a high insulin index equivalent to that of the high-GI white bread[5]. Baked beans, another low-GI food, have a very high insulin index of 120. Cheese, beef, and fish have II’s that are comparable to many carbohydrate foods.

Coingestion of fat with carbohydrate slows gastric emptying and thus the release of glucose into the blood, ultimately lowering GI. While this is usually true for GI, the degree of insulin response evoked by this combination is determined by the degree of the fat’s saturation. For example, Collier & others observed that butter coingested with potato not only fails to lower postprandial insulinemia, it actually causes a synergistically heightened insulin response, even in healthy subjects[6,7].

Foods that should have a low GI due to their high fat content do not always have a low GI. Examples are fries, cookies, croissants, and doughnuts. Incidentally, these foods also have a high insulin index, presumably because their fat is mostly saturated. As of this writing, full-fat ice cream (low GI of appx 37) has not been tested for II, but it’s safe to assume that it probably has disparate GI & II values.

Rasmussen & colleagues observed no increased insulin response with the addition of 40g or 80g olive oil, but saw a significant increase with 50g & 100g butter[8]. Joannic’s team observed a coingestion of carbohydrate with fats of increasing degree of unsaturation having a corresponding decrease in insulin response[9]. A more recent study by Robertson & colleagues compared the effect of MUFA, PUFA, & SFA coingestion with carbohydrate and observed SFA’s superior ability to raise postprandial insulin levels[10].

Coingestion of protein with carbohydrate is often recommended to lower GI. However, this doesn’t necessarily lower insulin response. Carbs combined with protein in solution can pretty reliably raise insulin response synergistically. Gannon & Nutall’s research on type-2 diabetics showed that coingested cottage cheese & glucose raised insulin levels beyond either food separately, indicating a synergistic effect[11]. Van Loon & colleagues saw a similar phenomenon when comparing the insulin effect of various carb-protein/amino acid and carb-only solutions in normal subjects[12]. Those containing free leucine, phenylalanine, & arginine, and the drinks with free leucine, phenylalanine, & wheat protein hydrolysate were followed by the largest insulin response (101% and 103% greater, respectively, than with the carb-only solution). These are only a few examples of many.

A systematic review of human intervention studies comparing the effects of high and low-GI foods or diets arrived at the following results[13]:

More recently, Raatz & colleagues conducted a parallel-design, randomized 12-week controlled feeding trial, testing the effect of GI and GL on weight loss[14]. The controlled period was followed by a 24-week “free living” phase, in which subjects were instructed to continue their respective dietary treatments outside of lab-supervised conditions. Manipulation of GI & GL failed to make a dent in both experimental phases. As a result of the 36-week trial, the researchers conclude: “In summary, lowering the glycemic load and glycemic index of weight reduction diets does not provide any added benefit to energy restriction in promoting weight loss in obese subjects.”

GI gives us clues to the behavior of certain foods, but that’s exactly the main point of this article. Clues; mere hints are all we get from our current knowledge of GI. Successful application of GI is most consistent when we use higher GI sources to enhance the speed of postworkout glycogenesis, and that’s about it. Carb foods are better judged on the basis of degree processing, refinement, or alteration/removal of micronutrition — NOT on the basis of GI, or even GL.

This is as good a time as any to crush the folly of what I call “food discrimination”. A prime example of this is cutting out potatoes on the basis of GI. This happens all the time, & the dieter takes pride in thinking he/she is being prudent. Well, the critical thing to realize here is that all food species in nature have unique nutrient profiles. Therefore, unique nutritional benefit can be derived from each species. The natural matrix of plant &/or animal tissue cannot be duplicated in the lab, & hence there are many unidentified beneficial agents in, say, the humble potato. As a matter of trivia, it surpasses bananas in potassium & vitamin C concentration. Not to mention, it provides default hydration, and of course is a great whole-food source of starch. The list goes on & on.

Satiety, micronutrient density, insulin response, & surrounding factors altering glucose kinetics are all much like a roll of the dice in terms of bottom-line certainty & reliability of GI. Like all things in science – especially the deep bubbly cauldron that is applied nutritional science – it ain’t all that simple. All avenues in this area are winding & complex.

Alan Aragon has over 20 years of success in the fitness field. He has earned a Bachelor and Master of Science in Nutrition with top honors, and is a continuing education provider for the Commission on Dietetic Registration and National Strength & Conditioning Association. Alan lectures at national and international conferences, and maintains a private practice designing programs for recreational, Olympic, and professional athletes. He is a contributing editor and resident Weight Loss Coach of Men’s Health magazine. His book Girth Control is considered to be one of the most in-depth manuals for improving the body and understanding nutrition for fitness & sports. Alan writes a monthly research review providing critical analysis and practical application of the latest science on nutrition, training, and supplementation. 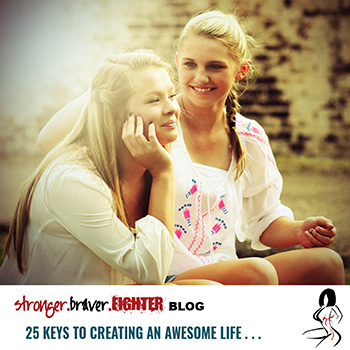