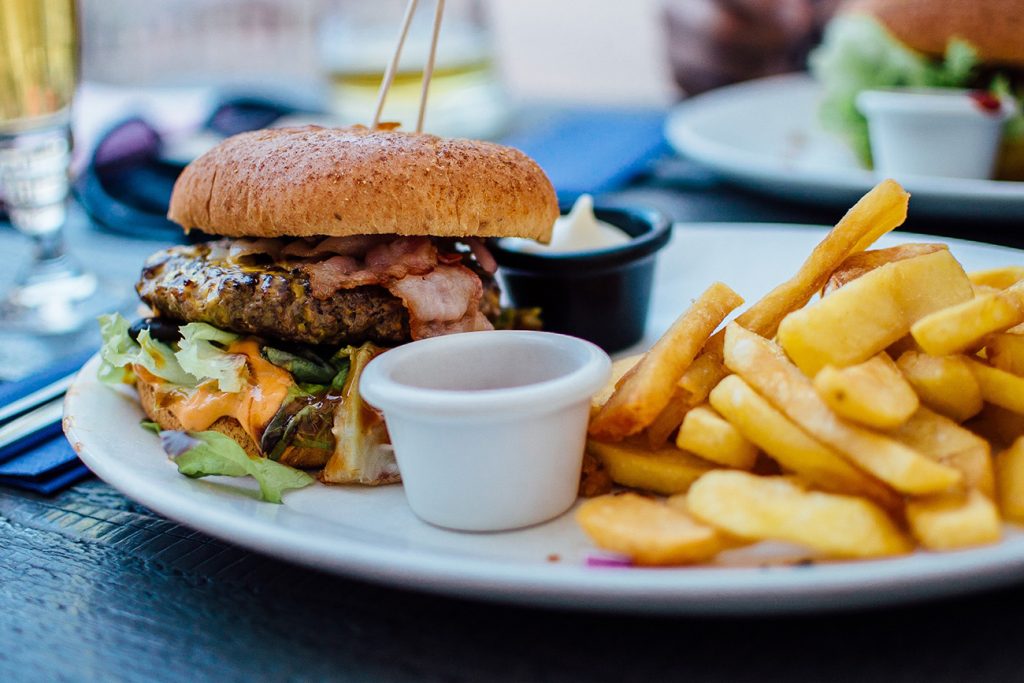 There are two very common misunderstandings around the existence and consumption of so-called “good foods” and “bad foods”.

So I’ll give you what I think is probably the most widely-accepted view.

Let’s agree for now that a good food is simply any natural, unprocessed food. Or a food that has been processed for good purposes rather than bad. Some examples of these might be wholegrain breakfast cereals, pure fruit juices, and whey protein powder.

All of these are processed in some way as they don’t occur in nature in this form, yet they’re quite healthy and if anything, are actually concentrated forms of healthy nutrients.

Let’s call bad foods, then, anything else that’s processed, particularly fast foods, junk food, snacks, high-sugar foods, fatty foods, and so on. You know the suspects.

The misunderstanding is that if someone wants to lose weight and get into shape, then as far as their diet is concerned, they just need to cut out all the bad foods, and stick to the good ones. To “clean up” their diet, so to speak.

This would certainly help, no doubt, but that alone wouldn’t guarantee any weight loss.

The fact is, it’s still very possible to overeat, and therefore gain weight, on good, healthy foods. After all, at the end of the day weight gain and weight loss always come down to energy (calorie) balance, and all foods have energy.

So in reality, you actually can get fat on so-called “good” foods

Imagine a slice of pizza – something that doesn’t exactly have a great reputation as far as healthy eating is concerned. A medium slice of Pizza Hut Super Supreme pan pizza weighs 143g and contains 340 calories. (I looked it up).

Well, if you were to eat that weight in almonds instead – a natural, very healthy food with lots of great nutrients, you would actually be consuming a total of 770 calories – more than double the amount!

How about Coca Cola? Pretty nasty stuff, right? Certainly not something you would want to be drinking on a daily basis if you were trying to lose weight, is it? In fact, sugared sodas are recognized as being one of the major contributors to the obesity epidemic.

Frankly, this common misunderstanding on the part of health and fitness novices about sticking to good foods is quite understandable. In a way it’s kind of intuitive.

And I can understand how frustrating it must be to hear that not-so-great foods like pizza and Coke can actually be better than some healthy, natural alternatives for losing weight.

It makes you want to throw your arms up in despair and give up, right? Well, stay with me here, because there’s a little more to this story.

The second common misunderstanding about good and bad foods, I find a bit more annoying.

And that is that there’s no such thing as inherently good or bad foods. The argument here is that absolutely anything is okay, in moderation. And that no food should ever be “demonized” as being bad.

Now, you may feel as though what I’ve spoken about so far, particularly the few examples I quoted earlier, would actually seem to support this point of view. It would appear as though it’s pretty hard to tell what really is good and what really is bad, right?

Well, not exactly. And here’s why.

So far, we’ve only talked about foods from the perspective of their calorie content.

But even though calorie content is the most significant factor for weight loss, when it comes to assessing a particular food for its “quality”, if you want to call it that, or its suitability for being a part of your diet, there are several other factors that also need to be considered to get the full picture.

I know that to many people, “calorie” is a dirty word. But it shouldn’t be.

A calorie is nothing more than a measure of energy. Our body needs energy (in fact, that’s actually why we eat) and food provides it to us. So calories are not bad. They’re good.

What is bad is consuming an excessive number of calories. Because then we gain weight. And obesity leads to ill-health.

And as we learned from the first misunderstanding, any food – no matter how natural and healthy, can give us too many calories if we consume too much of it.

One common trait of junk foods, however, is that it’s very easy to underestimate how many calories they contain. Especially those that are high in fat. That’s because on a per gram basis, fats have more than double the calories of carbohydrates and proteins.

Here are a few examples of fast foods or snacks, and the amount of calories they each contain:

You get the idea.

The simple fact is that there are some foods that can easily fool the unwary person into eating far more calories than they realize. You may feel as though you’ve consumed a reasonable amount, but the calorie count can be shocking.

Another important factor to consider in a food is the nutrient content.

Healthy foods provide lots of valuable micronutrients such as vitamins and minerals, which our body needs to be healthy and to function well. Almost without exception, natural foods pretty much all fall under this category.

If you’ve ever heard someone refer to a food as “empty calories”, what they mean is that the food provides a lot of calories, but little to no nutrients. A lot of sweet snack foods fall under this umbrella. No bueno!

The third factor to consider is the chemical additives that a food contains. These may be fillers, enhancers, chemical sweeteners, chemical colorings, preservatives, and so on. A natural food by definition won’t contain any of these products.

Processed foods, on the other hand, usually do. And often times in quite significant amounts.

I’m not sure that’s even a word, but I think you know what I mean.

In a psychological sense of course, not physical. (I know that people can strongly crave sweet foods, but I really don’t buy into that whole “sugar is more addictive than cocaine” nonsense.)

Have you ever heard anyone say they gained weight by overeating fruit? What about nuts? Not likely, right? Some of these foods can be quite calorie rich, as you discovered earlier, but even so they’re not commonly over-consumed.

Junk foods and snack foods, on the other hand, are an entirely different story. This is precisely why sugared sodas are so maligned and blamed for contributing to the obesity epidemic, despite having fewer calories than orange juice.

Howcome orange juice or other juices aren’t seen as contributing to obesity?

Sodas are designed to be highly desirable, so for many people it’s hard to stop at a reasonable amount. And that’s a problem.

Now, those individuals who don’t believe in labeling foods as “good” or “bad” aren’t stupid. They understand all the factors that I’ve just mentioned. Their take, however, is that all these things really don’t matter, if you just consume all things in moderation.

And to some extent, they’re right.

But even so, I think it’s prudent to keep in mind that some foods must be treated carefully and only consumed moderately, and others . . . well, not so much.

I don’t think that’s an unhealthy or extremist attitude, it’s just being sensible.

Yes, I know they could just work the pizza into their calorie and/or macro count for the day. Absolutely.

But there’s the 4 factors I talked about above that also need to be considered:

Now again, I realize that these risks can all be managed, simply by being careful or by only having certain foods occasionally. And I see no problem with that at all. I’m not for one minute suggesting that there are foods that you need to avoid altogether.

I believe that the body is a magnificent device that does a brilliant job of taking care of itself and dealing with its owner’s occasional indiscretions, without the need for detoxing or other ridiculous interventions, as long as it isn’t overburdened.

But how would you know to only have a certain food occasionally (as opposed to every day as part of your calorie- and/or macro-controlled eating plan) unless you recognized it as a suspect food?

Some people refer to this as demonizing the food, but it’s simply being realistic and factual.

Some foods are simply better for us than others, on several levels. And while labeling foods as “good” or “bad” may make some people uncomfortable, the important thing is that we realize that, all feelings aside, not all foods are created equal and therefore shouldn’t be treated equally. 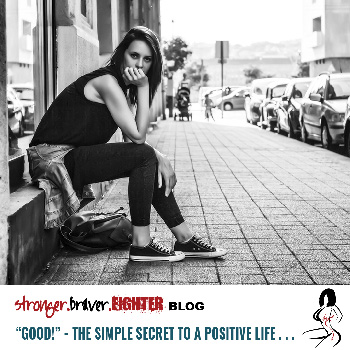