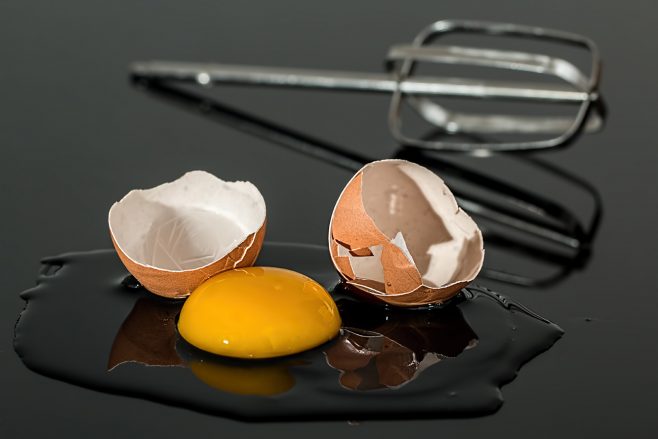 Some time back a friend of mine asked me whether or not a piece of advice she had been given by “someone from her gym” was true. The advice was that if you only eat egg whites and not whole eggs, you won’t lose weight.

My only response was to roll my eyes and sigh.

Now, I don’t know whether this piece of wisdom was the work of an actual trainer or just a gym bro-scientist – I didn’t want to know and I didn’t ask, but it’s fairly typical of the type of health and fitness advice dealt out by many clueless “gurus” – qualified or otherwise.

The whole eggs or egg whites question is one that I’ve been hearing about for quite a long time, although quite frankly, why it even exists at all I have no idea.

On one side you have those who believe that because egg whites are fat- and cholesterol-free they’re a “clean” food and therefore what you should eat to build lean muscle, meaning the remainder of the egg is “bad”. And then in the other camp you have the reactionary group who disagree, and so adopt the polar opposite stance, that the so-called “bad” food (whole egg) is good and the so-called “good” food (egg white) is bad.

Makes a lot of sense!

The reality, however, is that the answer to any health or fitness question is very rarely an absolute. It’s never a purely black and white situation. Rather, the answer is almost always, “it depends”. And the whole eggs or egg whites question is certainly no exception.

Let’s take a closer look then at both whole eggs and egg whites in a bit more detail so that you can make a sensible, educated decision as to which you should include or avoid in your diet.

Egg white is comprised pretty much of just pure protein and water. The table below details its 4 major constituents and their proportions.

As far as natural foods go, egg whites are clearly the most pure (aside from the water content) and lean source of protein there is. It’s not difficult to understand therefore why it has become a favorite protein source in the diet of many bodybuilders.

As you can imagine, whole eggs are a substantially more complex and nutritious food than simple egg whites. . The table below details the 4 major constituents of a typical egg, along with their proportions.

So in terms of macronutrients, the egg yolk provides protein (about 75% of the amount of protein in the egg white) and a substantial amount of fat. In fact, as you can see from the table, the fat in a whole egg accounts for almost two-thirds of the egg’s calories.

As expected, whole eggs are also richer in vitamins and minerals than plain egg whites. One large egg (700g for 1 dozen eggs) provides about 15% of your daily requirement of riboflavin, 12% of your Vitamin B12 requirement, 25% of your Selenium requirement and 10% of your Phosphorus requirement. Other nutrients contained in whole eggs in significant quantities are Vitamin B5, Folate, Vitamin A, Vitamin D and Iron.

The Good and Bad of Egg Whites

So now that we understand a bit more about what whole eggs and eggs whites bring to the table, let’s look at the pluses and minuses of each.

Starting with egg whites, the main plus with this food is the fact that it’s an extremely pure and lean protein source, as I mentioned earlier. This is really only beneficial however if you’re relying on other protein foods for your other meals that are fairly high in fat, for example, salmon, fatty red meats, or poultry with the skin included.

By using a particularly lean protein source such as egg whites for at least one of your daily meals, it will help to keep your daily fat intake within an acceptable limit. The only other food that rivals egg whites in terms of its protein content is whey protein powder. The quantity of egg white necessary to achieve a given protein intake would be much higher than protein powder however because of its high water content.

Simply because egg whites are such lean and pure source of protein, that’s not to say you should rely on them exclusively for your protein intake, even if your goal is to lose body fat.

The fact is, fat is an important constituent of any diet and its intake needs to be maintained within acceptable limits, not simply kept to an absolute minimum. Your body needs dietary fat, so if you focus on particularly lean foods for many of your meals, you need to include some fat-rich food sources as well to make sure your fat intake is adequate.

So as I mentioned, egg whites are really only of specific benefit when your fat intake is already adequate or high, and so you need to include a lean protein source in your diet.

Another very important point to understand is that because egg whites provide virtually no carbohydrates or fats, they need to be consumed with foods that are sources of carbohydrates and fats, and not other protein sources exclusively, to create a balanced meal.

Eggs whites are also not particularly rich in vitamins and minerals except for a select few, so relying on them too heavily would be somewhat detrimental from a nutritional point of view.

The Good and Bad of Whole Eggs

Perhaps the main benefit of whole eggs over egg whites is the fact that they provide a wider range of nutrients in the form of vitamins and minerals, in greater amounts, as well as some very healthy fats. This makes them an all-round very nutritious and healthy food.

As I mentioned earlier however, about two-thirds of the calories in whole eggs come from fat, with only about one-third coming from protein. This is quite in contrast to egg whites, and makes whole eggs more a fat source than a protein source.

This doesn’t mean that they’re in any way an inferior choice over egg whites. They simply have different characteristics, which need to be considered when deciding upon your choices of accompanying foods. Because of the fat content of whole eggs, more care needs to be taken not to exceed your daily fat intake requirement from other foods that also contain fat.

Like egg whites, whole eggs also contain no carbohydrates, which means that they should be combined with foods that are carbohydrate sources to create a balanced meal.

Foods such as egg yolks that contain cholesterol and saturated fats began being demonized in a major way back in the mid-1950s, when a study known as the Seven Countries’ Study[1] was published by American Scientist Ancel Keys. In his study, Keys showed that the populations that ate the most animal fats (high in saturated fat and cholesterol) had the highest rates of heart disease.

As a result of the Seven Countries’ Study, representatives of the American Heart Association announced in 1956 that a diet which included large amounts of butter, lard, eggs, and beef would lead to coronary heart disease. This further led to the US government recommending a low-fat diet in order to prevent heart disease.  The study therefore set the wheels in motion for the creation of the bad reputation of saturated fats that still exists to this day.

Unfortunately however, Ancel Keys was subsequently found to be a fraud who actually manipulated the results of his study by discarding information about populations that didn’t fit with his theories. Information that, when taken into consideration, actually showed no link whatsoever between fat and heart disease.

Thankfully, recent research has been able to provide more factual data about saturated fats, and more and more evidence is emerging that there is no actual link between saturated fat and heart disease. One of the more notable studies was published in 2010 in the American Journal of Clinical Nutrition. It collected the findings of 21 different studies that showed that “saturated fat was not associated with an increased risk of coronary heart disease, stroke or coronary vascular disease”[2].

These findings, coupled with the fact that only 30% of the fat contained in whole eggs is saturated fat, suggest that any concerns over their healthiness are most likely unwarranted.

This stance, however, may well change in the next few years as more research is done.

Another concern over the healthiness of whole eggs is due to the cholesterol content within the egg yolk. A large egg (700g for 1 dozen eggs) contains approximately 230mg.

The fact is however, despite what was previously believed, it’s now known that dietary cholesterol (the cholesterol in food) has been found not to be a major contributor to your blood cholesterol level at all. Your body actually needs dietary cholesterol to help it produce testosterone, which is vital in the building of muscle.

As I hope you’ve concluded by now, there is no winner in this meaningless debate. No more than there would be in a debate over whether fruits or vegetables were better foods. Whole eggs and egg whites are both excellent, healthy and nutritious food choices, despite coming with quite different attributes.

The real answer is simply to understand the nutritional profile of each food – hopefully this article has helped to achieve that, and using that knowledge, incorporate them appropriately into your daily meal plan. To do this you need to consider your daily intakes of calories, protein, fat and carbohydrates, along with what other foods you’re also including in your daily meals.

As long as you control your calorie (and macronutrient) intake, eating whole eggs in appropriate quantities won’t cause you to gain weight or have a heart attack, despite its fat content.  Your body needs both fat and dietary cholesterol, and there’s no reason why some of these can’t be provided by eggs. By the same token, eating egg whites on their own won’t cause your weight loss to stop, as my friend was informed, for any reason.

Of course, if you suffer from any specific health issues such as high cholesterol it’s advisable to consult with your doctor or dietitian about eating whole eggs, or any other food that’s high in fat for that matter.

Do you include whole eggs and/or egg whites in your daily diet? What misleading advice have you been given about these foods. Please let me know in the comments below, I’d love to hear about your experiences. 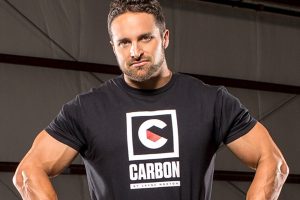 Anabolic Eating for Your Age 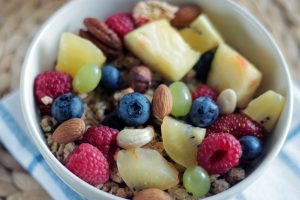 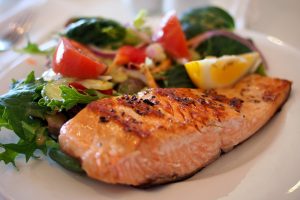 5 Reasons Why Less Fat is Not Always Better 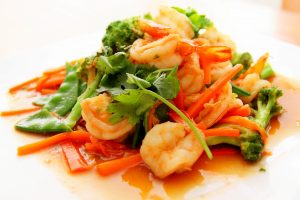 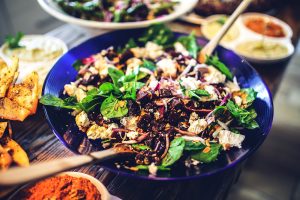 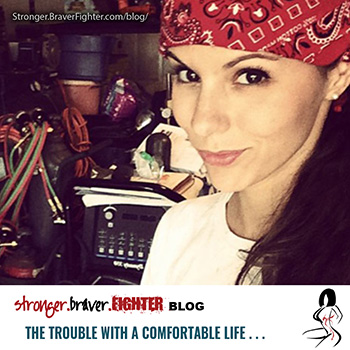