The 5 Leading Causes of Tummy Fat in Women 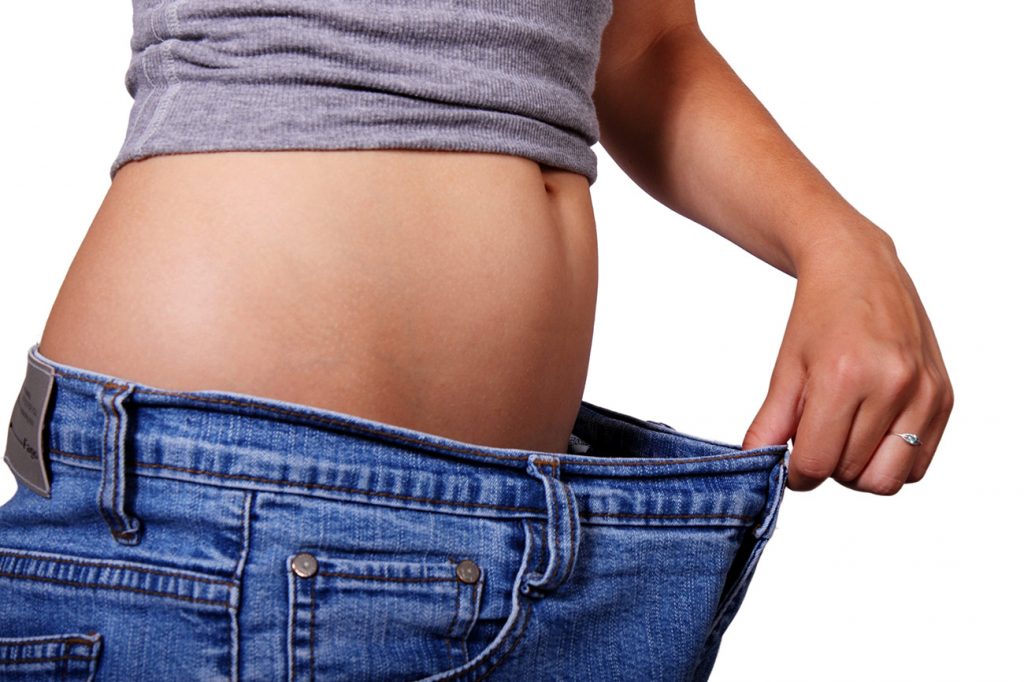 Studies have shown that there are 5 leading causes of excess abdominal fat, or tummy fat, developing in the female body. Unfortunately, some of these are totally beyond your control so you have no choice but to live with them. Others however, you can in fact do something about.

What’s So Special About Tummy Fat?

Tummy fat is actually totally different to the fat that you have on your thighs, buttocks, arms, and in fact, surrounding your whole body. This fat is called subcutaneous fat, and is very visible to the eye because it’s located just underneath your skin. As a matter of fact, that’s what the word subcutaneous means – beneath the skin.

Even though excess subcutaneous fat is very ugly, it’s not likely to cause you too many significant health problems. Excess tummy fat, on the other hand, is a different story.

The majority of tummy fat is what’s called visceral fat. This is also referred to as intra-abdominal fat. Visceral fat is stored deep in your belly and surrounds your stomach, liver and other organs.

One such organ is your omentum. This is a two-piece membrane, almost like webbing, that hangs from your stomach and covers your intestines and liver. Your omentum plays an important role in your body?s process of storing fat, but when it becomes overloaded with fat itself it stops working properly, leaving your body prone to health problems.

Visceral fat has direct access to the network of blood vessels around your organs, so as you can imagine it’s very influential in how it can affect your health. This is why it’s so dangerous. Some of the conditions that excess visceral fat is known to cause or to be linked to in women include:

Excess tummy fat causes your belly to bulge, giving you the feeling of a hard stomach as it builds up beneath your abdominal muscle wall, crammed in among your organs. So not only is it damaging to your health, it also gives your body an unsightly shape. And as if that weren’t enough, it also happens to be the most difficult type of fat to lose.

OK then, so now that you understand exactly what tummy fat is and why it’s so important to get rid of it, let’s take a close look at its 5 major causes in women:

Menopause is the one major unavoidable cause of tummy fat in women. During and after menopause, women tend to accumulate fat around the abdomen as a result of changes in their hormones.

The majority of men’s bodies tend to store fat around the abdominal region, giving them the well-known “apple” body shape (heavy in the middle).

The majority of women’s bodies, on the other hand, store fat in lower body – the buttocks, hips and thighs. This is because women have a lot of estrogen in their body – the female hormone. This gives many women the classic “pear” body shape (bottom-heavy).

When Menopause begins in a woman, the amount of estrogen produced by your ovaries drops significantly. This causes the stored fat in your body to migrate from your buttocks, hips and thighs to your waist, and later to be stored in your belly.

Most women will also gain weight during their menopausal years – usually about 1 to 5 kilos. Most of this weight will come on fairly gradually – at a rate of about half a kilo per year during pre-menopause. As you enter the early stages of menopause, maintaining your body weight becomes more and more difficult, and losing weight becomes even more difficult. This is because of the changes in your hormones.

Your body’s hormones have a direct effect on your appetite, your metabolism, and the storage of fat in your body. This is why it is so difficult to control your weight during menopause. Changes in estrogen, progesterone, androgen and testosterone levels are responsible for this.

Estrogen is the female sex hormone that’s responsible for you ovulating monthly. And because your estrogen levels fall rapidly during menopause, your body stops ovulating. It also starts looking for other sources of the estrogen it needs. Because fat cells in your body can actually produce estrogen, your body favors converting calories into fat – to help increase its estrogen levels.

The problem is, fat cells don’t burn calories the way muscle cells do, so this causes your metabolism to slow down and your body to gain weight.

The factors that actually control the storage and burning of fat tissue in the human body are still largely unknown. But what is known is that the low levels of estrogen that come with menopause are associated with loss of subcutaneous fat and gain of visceral fat, or tummy fat.

During menopause, your levels of progesterone also decrease. Like estrogen, this can also be responsible for many of the symptoms of menopause and that includes weight gain – or at least the appearance of weight gain.

Decreased progesterone levels cause water retention and bloating in your body, and even though strictly speaking this isn’t weight gain, it does tend to make you feel heavier and your clothes feel tighter. These symptoms generally only last a few months, however.

This hormone is also responsible for sending your newly-gained fat directly to your middle section during menopause, increasing your stores of tummy fat. One of the first signs of menopause is often an increase of androgen in your body, which causes you to gain weight around your tummy instead of around your lower body.

Testosterone helps your body create lean muscle mass out of the calories you consume. Because your body’s testosterone level drops during menopause therefore, your body loses muscle, and tends to convert more of your calorie intake to visceral fat, or tummy fat. As I mentioned a moment ago, fat cells burn much fewer calories than muscle cells do, so this causes your metabolism to slow down and your body to gain weight as tummy fat.

It’s been long understood that a primary cause of increased tummy fat in menopausal women is the decrease they experience in estrogen level. But as you can see, recent research is demonstrating that estrogen isn’t the only hormone responsible for this phenomenon – there are, in fact, several hormones involved.

Research has shown that tummy fat can also actually result from stress. During times of mental or physical stress, your body releases a hormone called cortisol.

Although stress isn’t the only reason that cortisol is secreted into your bloodstream, it has become known as “the stress hormone” because it’s secreted in higher levels during your body’s “fight or flight” response to stress. It’s also responsible for several stress-related changes in your body.

Cortisol is an important hormone in the body, some of the functions it’s involved in include:

It’s normally present in your body at higher levels in the morning, and at its lowest level at night.

While cortisol is very helpful to your body’s response to stress, it’s still important that your body’s functions return to normal after a stressful event. Unfortunately, because of our hectic lifestyles these days your body’s stress response can be activated so frequently that it often doesn’t have a chance to return back to normal. This results in a state of chronic stress.

Studies have shown that high levels and prolonged levels of cortisol in your bloodstream (like those caused by chronic stress) produce several negative effects, including increased tummy fat.

Another effect of cortisol that adds to tummy fat issues is that it increases your appetite as well. It’s believed the reason for this dates back to our past, when “fight or flight” stress situations usually involved a period of intense physical activity for one’s survival.

This effect of cortisol was to get you to consume calories, to help your body replace the energy just expended by the physical demands just placed on it. Nowadays however, stress rarely involves burning any calories and so the increased appetite only tends to cause weight gain.

The secretion of cortisol varies among women. Because each person is biologically programmed to react differently to stress, one can experience higher cortisol levels than another in exactly the same situation. Studies have also shown that people who secrete higher levels of cortisol because of stress also tend to eat more, and eat foods that are higher in carbohydrates, than people who secrete less cortisol.

Although most women tend to have a pear-shaped body, meaning it stores fat more so in the buttocks, hips and thighs, this isn’t always the case. Like men, some women can also have an apple-shaped body. In that case it will therefore genetically favor the storage of tummy fat.

This is a cause of tummy fat that you of course don’t have any control over. If either of your parents have an apple body type, you’re unfortunately at a higher risk of developing tummy fat.

Improper digestion can lead to a number of gastrointestinal problems in your body.

Eating late at night, too soon before going to sleep can also interfere with proper digestion of food. Going to bed immediately after a meal is also believed to increase the risk of your body storing fat around your abdominal area.

In addition to that, because your body considers alcohol a toxin, your liver makes it a priority to flush it out of your system as soon as it’s consumed. While it does this, it’s regular jobs, which include metabolizing fat, need to be put temporarily on hold. This naturally leads to increased storage of body fat.

As you can see, there are some powerful physiological factors at play behind tummy fat that simply can’t be overcome in any way. Some women would argue that even avoiding stress isn’t all that simple these days.

One thing that you should always remember though is that regardless of where your body wants to store body fat, it can only be a problem for you if you have too much body fat in the first place. By eating well and living an active and healthy lifestyle, tummy fat should never be an issue for you either way.

There’s no reason why even the expected weight gain that comes with menopause can’t be overcome just by making appropriate changes in your diet and exercise routine.

Always bear in mind that body fat isn’t a bad thing, in fact, a certain amount is essential. It’s only when it’s in excess that it begins to cause problems. 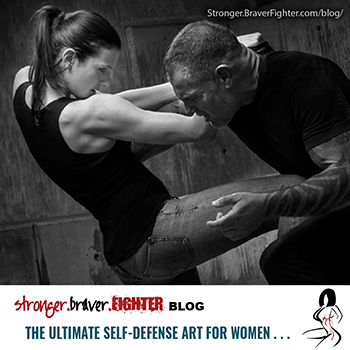