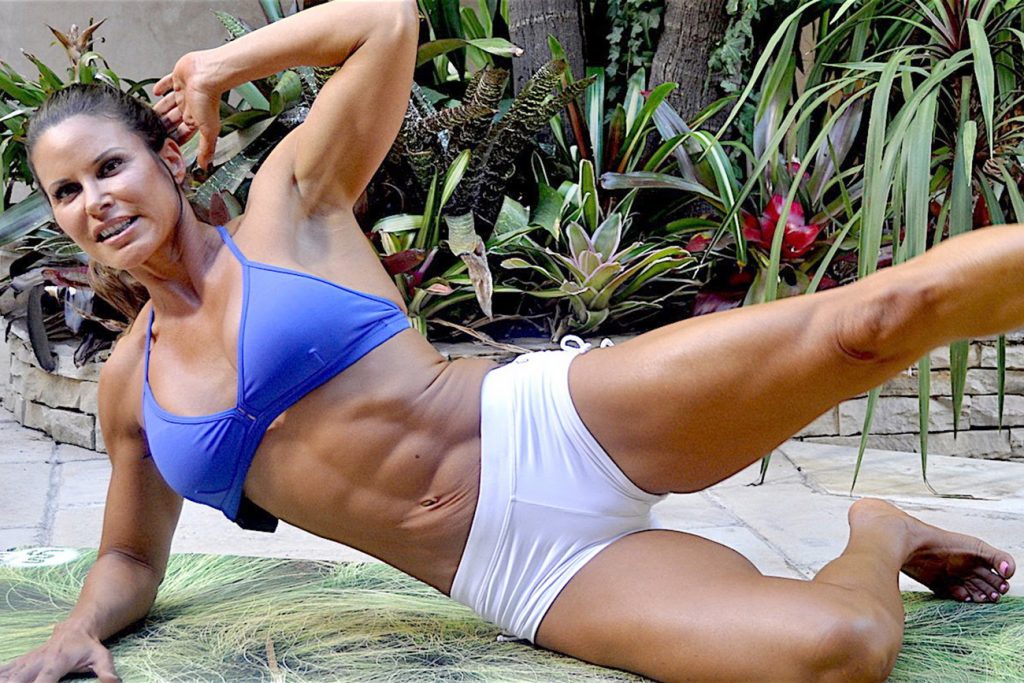 Having six pack abs is the cherished goal of many women. Actually getting them is easier said than done, however.

There are two reasons for this. The first is that there’s a lot of very bad information out there about training the abs. Much of that stems from misinformation propagated by marketing companies looking for quick profits. The second reason is that there’s more involved in getting good looking abs than in developing other muscle groups in the body, and many women aren’t aware of this.

Below are the 5 biggest reasons that women fail to see any results in their abs, and how to quickly and easily correct those mistakes.

1. You’re falling for the hype

It probably comes as no surprise to you that the number one point of concern for most people wanting to get into shape is their belly. And that’s precisely why ab workout devices and programs that supposedly reduce abdominal fat are so popular and so heavily promoted.

You only need to watch a few late-night infomercials on TV, for example, to see how much hype there is around improving your abs.

Unfortunately however, about nine out of ten products that specifically target the abs are nothing more than scams. They’re misleading and based on myths and outright lies, aimed at preying on people’s desire for six pack abs in the interests of generating profits.

Ab exercise machines supposedly allow you to develop you ab muscles and burn abdominal fat at the same time. There are problems with both of these claims.

Firstly, the majority of home ab exercise machines don’t provide anywhere near enough resistance to create effective muscle growth. They simply have you doing endless numbers of repetitions to create a burn, or pump, in the abs, making you feel like you’re achieving something. I’ll talk a little bit more about this point later on.

Think about this. Any well-equipped gym has numerous specialty exercise machines that specifically target certain body parts. How often have you seen any of the ab exercise machines promoted on TV, or anything even resembling them, in your local gym though? In my case, never. And I wouldn’t mind betting it’s the same with you.

There’s a reason for that – they don’t work.

The second claim behind ab exercise machines is just as flawed. Promoters of these devices would have you believe that they burn fat from your belly, because that’s the area they work. It’s a commonly-known fact however that targeted fat loss is a myth. Exercising your core doesn’t just burn fat from your core, it burns fat all over your body.

The other issue is that exercising on ab exercise machines is a very ineffective way of burning calories and therefore body fat. There are far superior cardio exercises out there for that purpose.

As far as programs, diets and foods that supposedly reduce belly fat go, the claims behind these are just as bogus. Many are based on pseudo-science or intentionally-misinterpreted scientific studies. The fact is there are no foods, diets, eating strategies or other nutritional magic tricks that specifically target your abs.

If you’ve been relying on this kind of misleading hype in the hope of seeing six pack abs, you’re no doubt very frustrated by now, and you’ll continue to be so.

I’m sure you’ve heard the expression, “abs are made in the kitchen”. What this is basically saying is that your diet creates your six pack abs.

This isn’t strictly true, however. It would be far more accurate to say that “abs are made in the gym, and revealed in the kitchen”.

For most people, the belly is one of the first few places on their body to store excess body fat when their diet isn’t good. So without a proper diet, you can be doing an awful lot of work in the gym developing your abdominal muscles, but it can all be for naught as far as your appearance goes.

This is why a proper, balanced and healthy diet with appropriate portion sizes is a key element for developing six pack abs. It’s without a doubt the most influential factor in determining how good they look.

You abdominal muscles are the one muscle group that are influenced more than any other by your overall level of body fat as far as their appearance goes. This is basically because of the way they’re structured.

Unlike other muscles such as your biceps, triceps, quads, deltoids, etc., your abdominal muscles never become very large in size, or volume, through resistance training. This is particularly so with your rectus abdominis, which is what forms the six pack.

Because they only span relatively small lengths, they generally remain quite flat overall as they don’t have the structure that allows them to produce much bulk, or size, like many other muscles do. To describe it in layman’s terms, they only produce small bumps when they’re developed rather than large bumps.

Your level of leanness therefore has a direct and very influential bearing on whether you have six pack abs, and how good look. In many ways this makes a six pack is a very accurate gauge of your overall body condition. The leaner you are, the better your abs will look.

This is why having great looking abs needs a combination of factors, and not just resistance training. It also requires good diet, as we discussed in the previous point, as well as an appropriate cardio training routine as well.

Whenever you see someone training their abs it’s not uncommon to see them doing lots of repetitions. Whether it’s sit-ups, crunches or other exercises, the trend among many people seems to be towards lower-resistance, higher-rep exercise aimed at so-called “toning”.

First of all, it’s important to understand that there’s actually no such thing as “toning” per se. Muscle either grows or it doesn’t. And it can grow a little, or it can grow a lot.

It has been fairly well established that resistance training in the 8 to 12 reps per set range is ideal for muscle growth. That doesn’t mean that you should never train heavier with fewer reps or lighter with more reps, but for muscle growth, this is the rep range to focus on most.

People seem to have some strange notion however that abs are somehow different. Whereas they would never contemplate doing say 24-rep sets for training their biceps for growth, they’re quite happy to knock out 50 or more bodyweight crunches for their abs.

Other women believe that to have great-looking abs they need to be trained every day.

The fact is however, that abdominal muscles are no different to any other muscles, and to make them grow they need to be treated the same as far as resistance training goes. That means training them heavy, predominantly in the 8 to 12 rep range, once or twice a week.

Just like any other muscle group in your body would see limited development by training it too lightly for many reps, so too would your abs.

For developing nice six pack abs therefore, forget about “toning” and treat them the same as the rest of your body with your training.

5. Your anatomy is what it is

If you look at the abs on different fitness models and competitors, even those with similar body fat percentages, you’ll see quite a variation in the amount of definition each one has. Some may have extremely deep grooves defining their six pack abs while those of others might not be so pronounced.

This isn’t necessarily because of how or how much each one has trained however.

Each individual’s anatomical structure has a lot to do with the appearance of their six pack abs. The way your various abdominal muscles are configured and the way the tendons run through them will play a very large part in determining how defined your abs can get.

That doesn’t mean, however, that there’s a possibility that you’ll never have good looking abs. You can always have great looking six pack abs, it’s just that you may not have the same, deep level of definition as some other women.

Great looking six pack abs are one of the most prized achievements among fitness enthusiasts, as nothing attracts quite the same amount of attention and admiration. Unfortunately however, there are a lot of myths and misunderstandings out there about how to get them.

Hopefully these 5 tips will have cleared many of those up for you so that you don’t work away needlessly in frustration without getting any results. If you have any other questions about abs please feel free to just ask away in the comments below!